Angus had a conventional upbringing in the south east of England, until he left school and travelled alone down Africa for a year. He returned, a little reluctantly, to study Classics at Oxford University, and went on to become a journalist, working for various national papers and magazines. During this period he also composed crosswords and won a BAFTA for copywriting a history of communication. Then one evening he passed an art school near to where he was working in London.

Everything changed. Three months later he had left the UK and enrolled full time in an atelier in Florence, funding his tuition by compiling crosswords. His first exhibition followed a year later in London. That was over 20 years ago now.

Angus currently lives in Tuscany and the UK with his wife, five children and far too many other animals. 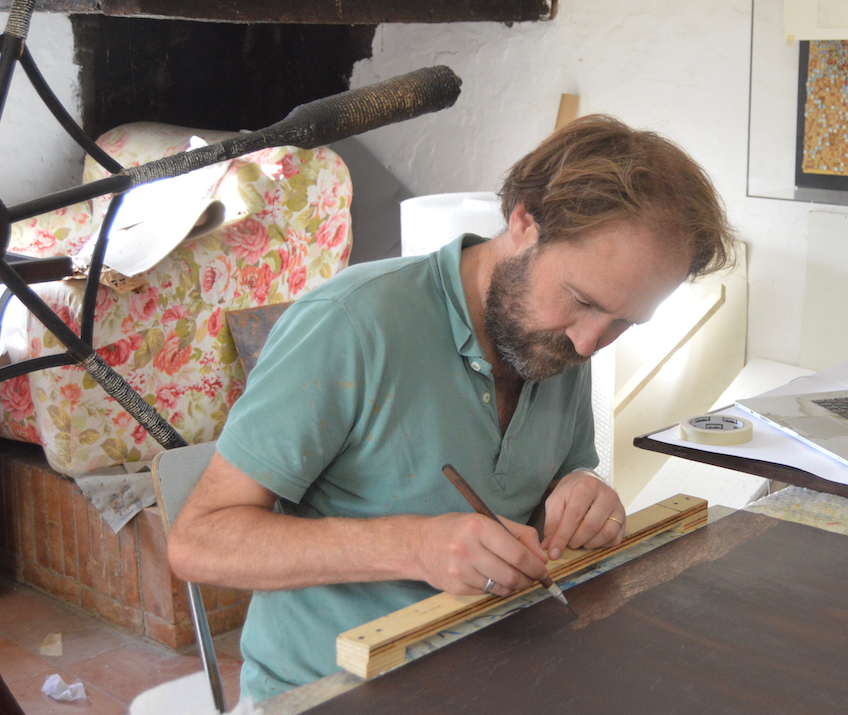 Etching ‘Distant breath of a wing.’ An arm of my wonderful press lurks behind. It was in the Rembrandt Huis in Amsterdam for many years, used for demonstrations of the great man’s works